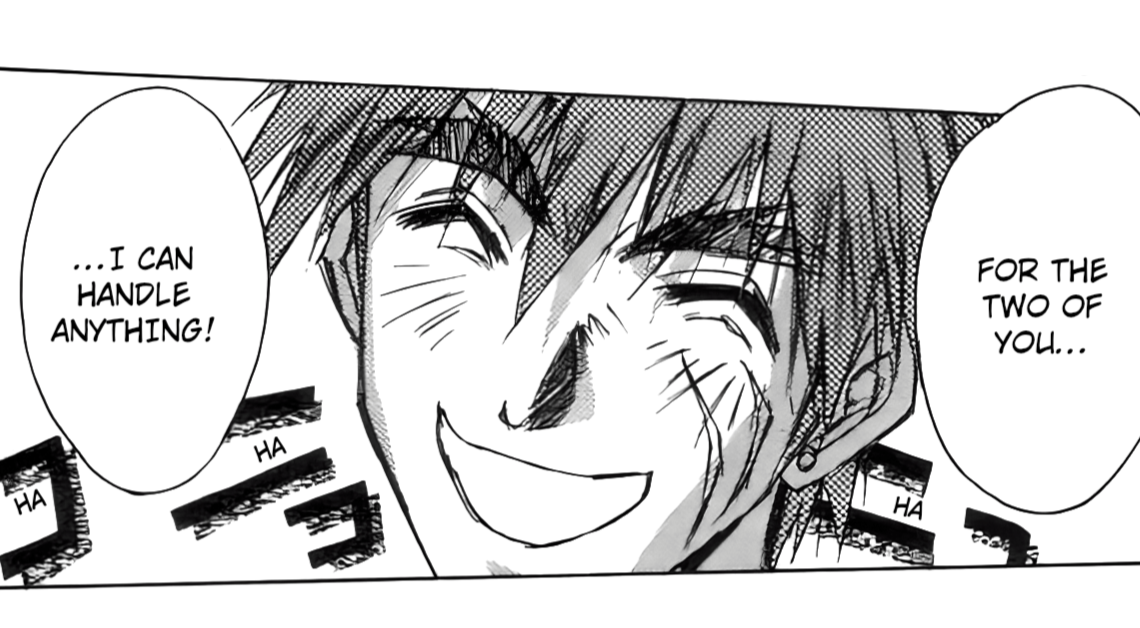 Here we see the much more adult direction that Outlaw Star originally took before it was adapted for television.

As you may know, unfortunately this release was significantly delayed. The truth of the matter is that the first volume is taking far more work than I originally anticipated, including a major revision to the translation. In case you’re unaware, this group has already nearly finished the manga but in a draft form. To make a long story short, the first volume was handled differently and it’s taken more steps to “finalise” the chapters. (Not to mention, they’re way longer than the subsequent ones.)

Given the trouble I’ve faced so far I am scheduling the next chapter more realistically: June 28th. Fortunately the manga will likely return to its weekly releases once we reach volume two following the next update because it’s a lot easier to work with. Thanks for your patience!

Link to the Outlaw Star Discord